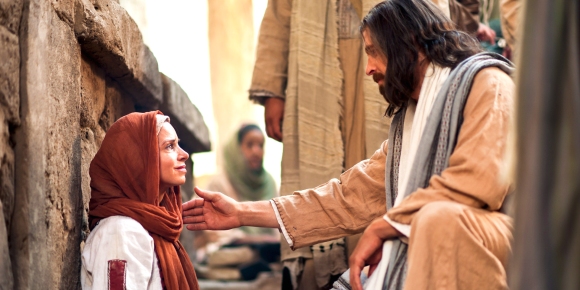 One Sabbath Day, early in Jesus’ ministry, He visited His hometown of Nazareth and stood before the town’s synagogue filled with old friends and neighbors. That day, He read these words:

“The Spirit of the Lord is upon Me because He anointed Me to preach the gospel to the poor, He has sent Me to proclaim release to the captives, and recovery of sight to the blind, to set free those who are oppressed, to proclaim the favorable year of the Lord” (Isaiah 61:1-2).

These words, sometimes called “the Nazareth Manifesto,” are Jesus’ announcement to His friends and neighbors—and to us—what His coming and calling are all about.

A manifesto proclaims the aims and policies of a political party or candidate. Often, the manifesto consists of many words, all meant to win favor from the people.

In contrast, the Nazareth Manifesto’s words are few, and Jesus comes, not to stir a mass movement of public favor that sweeps Him into power, but to announce the irresistible will and authority of God to accomplish all He has just read. By this authority, He lays out what will surely come to pass to fulfill a prophecy from hundreds of years before.

He reaches out to four different kinds of people: the poor, captives, the blind and the oppressed. He does not define these terms because they include every manner of poverty, captivity, blindness and oppression that results from separation from God.

The “favorable year of the Lord” refers to the Year of Jubilee when once every 50 years, slaves received their freedom, debts were canceled, ancestral property was returned to the original owners. It is a proclamation of a new order.

The Nazareth Manifesto is a ringing declaration of Jesus’ power and ability to do it all.

Jesus’ Nazareth Manifesto is the model for the salvation we proclaim and practice before the world. We must not water it down but proclaim it in full, and like Jesus, do great works because He told us, “Greater things than I have done, you will do.”

Not everyone will accept Jesus’ Manifesto. His own hometown rejected Him, and for a time, even members of His own earthly family thought He was crazy. He faced great opposition especially from those who did not see themselves as poor, captives, blind or oppressed.

Jesus’ Nazareth Manifesto was not a political message or even a religious message, but a relational one. It required personal trust in Him alone to bring about the results He promised. It roused anger and opposition from the proud and those used to power because it proclaimed a sweeping away of the status quo.

Two thousand years have passed, but His aims have not changed. He still proclaims release to the captives, sight to the blind, freedom for the oppressed. He has delegated to us the task of preaching the gospel to the poor. One day, when He returns, we will see the fullness of the Year of Jubilee. The Nazareth Manifesto continues to arouse opposition from the status quo while it steadily wins new followers of Jesus Christ.

In 2000 years, the Nazareth Manifesto has already seen much accomplishment, but much more is yet to come! Let us make sure that we have made Jesus’ Manifesto our own!