All of us carry roles in our society that identify who we are. Some of us are doctors, lawyers, farmers, business people, etc. In our families, we carry identities as “father,” “mother,” “brother,” sister,” “cousin,” etc. Some of us are ministers and missionaries. But should we consider these important roles the ultimate definition of who we are? 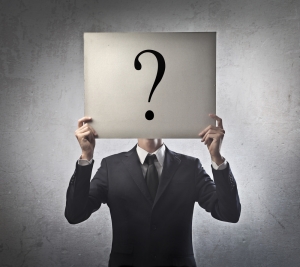 Christ. From the time of Moses, they had identified themselves as “people of the law” by the scrupulous way they kept the various sacrifices prescribed by God. This was their role for more than a thousand years.

But God never intended this to be their permanent identity. The crux of Jesus teaching is that they were to become a new people with a new identity—“people of the kingdom”—a kingdom to be ushered in by Jesus Christ. As Paul and the writer of Hebrews put it, the elaborate sacrificial system was a “shadow of things to come” (see Colossians 2:17; Hebrews 8:5; 10:1).

The sacrificial system was only a shadow, Paul says, but the “substance” of our identity is Jesus Christ. If we truly regard ourselves as “people of the kingdom,” we will stake our identity in Jesus Christ and what He has already done for us through His cross and resurrection to make us part of His kingdom.

As a whole, the Jewish people refused to accept this new identity. They refused to accept Jesus Christ as their authority. Along with the Romans, they conspired in His crucifixion. In so doing, they unwittingly made Jesus Christ the Ultimate Sacrifice prescribed by God that takes away the sin of the world, removing any further need for the old sacrificial system.

The law of God, given to Moses, was a very important thing for its time, but it was still temporary. It was a “shadow,” an outline of something even greater to come.

In the same way, all the life roles that we play today in society and in our families, however important, are only temporary. Even ministers and missionaries must take care not to identify themselves too closely with their roles. In the end, Paul tells us, prophesies, tongues and knowledge will all cease.

Even the church will pass away, and even the heavens and the earth, as Jesus Christ returns to set up a New Heaven and New Earth.

It is always important for us to learn the elementary lessons of life, but none of us should remain in the first grade forever. Today, we have more revelation from God than was available 2,000 years ago. But the perfect revelation of God and His kingdom is yet to come. Even now, we still live in the “shadows.” The whole creation groans, waiting for this final revelation in Christ’s Second Coming.

But what about those in India and elsewhere who haven’t even seen the “shadows” yet? Hundreds of millions remain strangers to all we discuss here. God is not willing that any of them perish, but that all should come to repentance. India’s spiritual harvest is ready and waiting.

The role of a field worker during harvest time is temporary, but essential for prosperity and life. Let each of us do our God-appointed task until His harvest is complete.