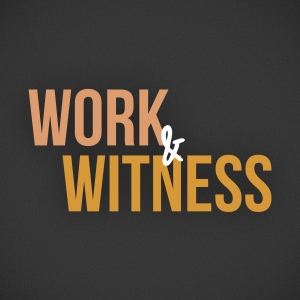 How do we make our work into our witness for Christ? Whatever your work, as long as it is honorable, you can make it an act of worship and witness to others even if that work seems unrelated to faith.

Brother Lawrence was a 17th century French layman who worked alongside monks. He was not a monk himself, but he cooked meals and washed dishes for them. In his humble activities, he learned to do more for Christ than most ministers and priests.

What he learned is recorded in a small book known to millions as The Practice of the Presence of God. This tiny and simple book has application to all of us, whatever our callings in life and reveals how we can make our work, no matter how humble and unlikely, into mighty acts of worship before God. What does Brother Lawrence teach us?

Regard your work and your worship as one. All honorable work comes from God. Therefore, we must not regard some kinds of work as holy and others as not. Brother Lawrence said that the most common business (he washed dishes) could become a means of experiencing and acting out the love of God. We do not have to do great things, he said. We need only do them for God. God Himself will give them value and make them speak to others.

“I prostrate myself in worship before Him who has given me grace to work,” he says. “The time of business does not with me differ from the time of prayer.”

Do for God’s sake what you do for your own. “It is enough for me to pick up a straw from the ground for the love of God,” he said. Instead of striving to do a great work, strive to have the proper heart about your work, and that will give your work eternal value. Remember that you are not just working alongside men, you are also working alongside God. Learn to do even the simplest things for the sole purpose of pleasing God.

Develop simple, daily habits to unite your work and faith. Learning to integrate faith and work is not a simple task, Brother Lawrence admitted. It took him years to do this, after many failures. But he learned to adopt simple and daily habits of faith, trust and humility before God.

Every day, he evaluated himself to see if he succeeded. He did not trouble himself over his mistakes but persisted, knowing God would patiently help him.

Let your godly attitudes about daily work change your character. Another person wrote of Brother Lawrence, “His very countenance was edifying, such a sweet and calm devotion appearing in it as could not but affect the beholders…He was never hasting nor loitering, but did everything in its season, with an even, uninterrupted composure and tranquility of spirit.”

Brother Lawrence knew tranquility of spirit because he learned to fully experience God in even the mundane parts of his life. Because he gave his all to God, God spoke through Him of His glory to the world around him. Today, 325 years later, through Brother Lawrence’s faithfulness to God in little things, his work and witness have influenced millions for Christ.

This is the essence of work and witness, and God makes it available to all of us.