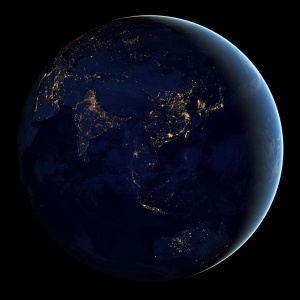 When God created man in His image, He mandated him to “subdue” the earth. What does “subdue” mean in today’s world?

Everywhere, it seems, human society faces dangers of air and water pollution, destruction of rainforests, animal, fish and plant species, resulting in poverty and disease for millions. A recent National Geographic article describes an ecological horror in Africa where poachers destroy 30,000 African elephants a year to supply their tusks to an illegal ivory market in China. They kill anyone who tries to stop them. Is this what God meant by “subdue”?

Nearly fifty years ago, American history Professor Lynn White said, “We shall continue to have a worsening ecological crisis until we reject the Christian [italics mine] axiom that nature has no reason for existence save to serve man.” Dr. White represents many secular ecologists convinced that belief in the Bible caused today’s ecological crisis.

God could not have meant what Professor White thinks He meant. He created the earth in all its complexity. He declared it “good,” independent of its usefulness to human beings. God has compassion upon all He makes (Revelation 4:11).

When He assigned humanity to care for creation, they were, at that time, without sin. He intended them to care for creation as He would care for it Himself. Those who seek to become great in the kingdom of God must become servants of all. That means to serve both humans and the environment He has created.

When God commanded humanity to “subdue” the earth, He did not command the first humans to selfishly exploit the earth for profit but to treat it as benevolent rulers. Benevolence toward His creation reflects His image in us.

The Fall produced not only hostility toward God but also toward His creation. The environment became an instrument to serve our own ends independent of God’s intent.

Today, most corporations still care little about stewardship, even if it destroys the environment and the lives and livelihoods of others. Many are servants of greed rather than servants of God, and millions pay the price, even with their lives. “Subdue” has come to mean “exploit,” but that was never God’s intent.

Jesus Christ came into the world He created, not just to redeem fallen humanity but to redeem all creation (Romans 8:21). His kingdom is already at work in our fallen and polluted world, and we who are called by His name are called to become His agents in renewal.

One of those avenues of renewal is care for His created world. Environmental exploitation and human poverty go together. As believers in Christ, we care for others by caring for the environment in which they live. We help needy and exploited people to recover their water supplies, fish stock, soil and other resources destroyed by exploiters. In so doing, we echo Jesus’ concern for the oppressed.

While we help others to recover from ecological destruction, we also open doors for the Good News of Christ who will ultimately and perfectly redeem all His creation.

Ecology and missions go together. God did not separate Himself from His creation but came into the world to participate in our lives and redeem His world. We must follow the pattern of Jesus, and like Him, depend upon the Holy Spirit to help us.